The design of this motorcycle was inspired by the era of famous„KYVACKA“, two-stroke JAWA 250 motorcycle, type 353 and JAWA 350 motorcycle, type 354, both produced in series since the early 1950´s until the first half of 1970´s. In all respects it´s evidenced by such genetic elements as fuel tank, side-boxes or instrument panel.

Motorcycle JAWA 300 CL complies with the EURO IV emissions limits. As well as the actual JAWA 350 OHC model, this newcomer is equipped with the front wheel brake assistent ABS. Although, motorcycle JAWA 300 CL looks like a vintage bike, its heart is composed of up-to-date DOHC drive unit and a six-speed gearbox. With such characteristics the motorcycle is able to provide the owner with above-standard behaviour in speeds of about 80 km/h. accompanied with unmistakeable sounds. Higher speeds can be achieved, of course, with a maximum speed reaching 125 km/h. Considering its retro style, a „cooler“ driving is supposed to be used, mostly.

Motorcycle JAWA 300 CL is produced under License Agreement by Indian company Classic Legends Pvt. Ltd. Its production is directly connected with JAWA motorcycles produced in India in the „sixties“ since 1964, later on named under mark „YEZDI“. 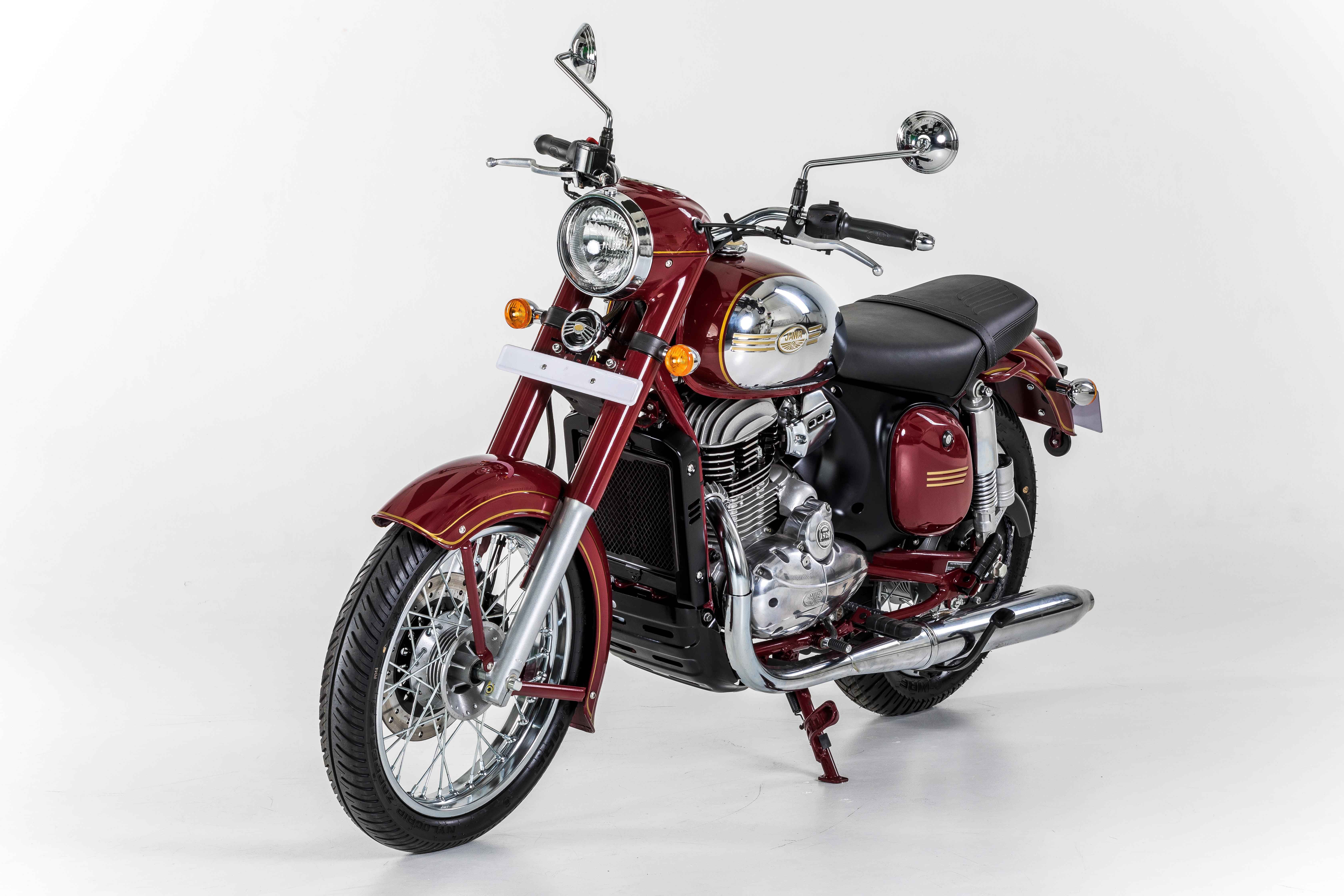